PHP file should start with the opening tag <?php, and you can end it with the PHP closing tag ?>. It is not recommended to add a closing tag if the file only contains PHP.

Every instruction in PHP should be terminated with a semicolon ;

Comments are lines in the code that will not be executed as a part of your application. These lines are only for other developers or code readers to understand the code.

There are many ways to write PHP comments, and PHP supports C, C++, and Unix style comments.

usually, your code should be expressive and should not need comments. So try to use the comments to describe why you wrote that code that way instead of what your code is doing! unless your code is a mess and you cannot fix it now, it is better to add comments describing what is happening.

Echo is one of the PHP language construct, and its purpose is to output one or more strings that it takes as varargs. And it does not have any return type, so it cannot be used in an expression.

Print is another language construct, and it does the same job as echo, but it can only print one string at a time, and it will always return a value of 1.

Some rules for PHP variables

PHP variables are by default assigned by value, which means that if you assign anything to a variable, the whole thing will be copied into that variable. But you can also assign a variable by reference, which means that the value will not be copied, but the new variable will act as an alias of the old one. And you can achieve this by using the & before the variable.

For example passing by value:

For example passing by reference:

Like the variable, a constant is a symbol or name that stands for a value, but the difference is that the content of this constant cannot be changed after it got assigned. So we use constants wherever there is data that should not be changed.

All variable rules also apply for the constant, but it doesn’t have to have the $ sign at its beginning.

You can define a constant with all lower case letters, and that is acceptable, but the convention is to use all upper cases when defining constants in PHP.

Note that before PHP-7.3, you can define a case insensitive constant using define, which is not recommended and removed in PHP-8.

Both define and const can be used to define a constant, but there are some differences between them. So we, Will, start from the most to the least important.

We talked about variables and that they hold some data. In PHP, every piece of data has a type like 'Oliver Queen' is a string, and 1 is an integer. The type of variables in PHP is usually decided at runtime by PHP, depending on the stored data.

A bool is true or false

Control structures like conditionals and loops use boolean data types. In PHP, types can be evaluated to boolean either manually or automatically by the control structures.

Int can be any whole numbers like: 1, 2, -3 and so on. You can find the minimum and maximum integer numbers by using the predefined constants PHP_INT_MIN and PHP_INT_MAX

In PHP, you can define integers in multiple ways lie:

Float can be any real number like: 1.0, 2.2, -2.88 and so on. As for the int, you can get the min and max values of float numbers by using the constants PHP_FLOAT_MIN and PHP_FLOAT_MAX

The string can be any text value like 'Any text'. In PHP, a string should be enclosed by either single quote or double quotes like: $name = 'Oliver'; or $name = "Oliver";. The difference between single and double quotes is that with double quotes, you can use available variables example:

Another way to represent a string is using Heredoc and Nowdoc, and usually, these are used when you have a multiline string. This can be achieved by a special syntax, which is <<< plus an identifier that could be anything, for example, if you are writing an SQL query, then you can use SQL so your string will start with: <<<SQL and end with SQL; and if I’m printing HTML I would have something like <<<HTML and ends with HTML;

Nowdoc: we just inclose the identifier with single quotes

You can concatenate two strings using the . notation.

In PHP, there are two kinds of arrays, associative and indexed arrays.

Associative arrays: Are a key-based index

You can treat PHP arrays as a list, map, collection, queue, stack, and more.

Same as an indexed array, to access an associative array, you need to know the key of the element that you want to access in that array. But in associative arrays, the key is a string value instead of numeric. $map = ['color' => 'Red', 'price' => 2000]. To access the Red value, you have to know its key, color in our case. So $map['color'] will have the value of Red.

To mutate an array means to add, change, or delete some of its elements. In PHP, you can use the same square bracket syntax [] to modify array elements in both associative and indexed kinds of arrays.

Adding an element to an indexed array

Adding an element to an associative array

Delete array element To delete an element in both kinds of arrays, you can use the PHP function unset. This function will destroy the variable you pass to it. In arrays, it will remove the element you give.

As the array, it can hold more than one variable with different data types

Basic implementation of PHP class would be:

** Iterable is a pseudo-type, and it means that the variable can be accessed as an array

We can get the type of any variable by a special function getType so if we have a variable $x = 1 and we use getType($x) it will return integer. for more info you can visit getType doc

In PHP, we can force a variable to be of any type. And casting can be achieved by adding the type name between parentheses in front of the variable you want to cast like: (type)$var

Are set of features that allows us to control the code execution. Or in other words, it allows your code to behave according to the input you provide. 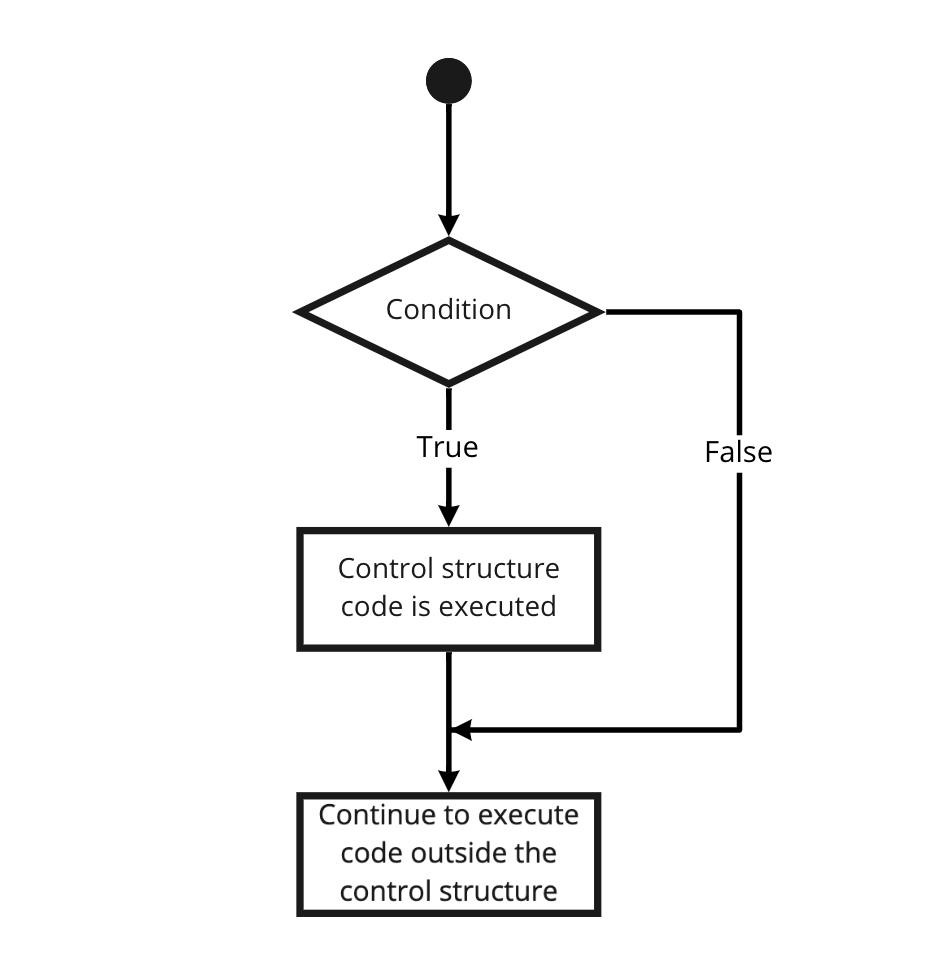 Loops are used to repeat a specific statement or code block, like you can print some string 100 times.

PHP supports four kinds of loops which are while, do while, for, and foreach. Every one of the loops has some specific usage and criteria.

While is very simple and it accepts one argument of type boolean we call it the loop expression. As its name hints: while the expression evaluates to true, it will keep executing the code inside its body

Example of php while loop

The above example is a very simple infinite loop using while. The code will keep printing I love PHP until we terminate it manually because the loop condition is always true.

Animation that illustrates how the while loop works

Do while works exactly as the while loop but with one difference that it checks the expression if it is true or false at the end of the iteration instead of the begining of it.

So even if the condition expression is false, the loop will execute the body at least once.

Animation that illustrates how the for loop works

A simple for loop example:

Foreach is a special for loop that is mainly used to iterate over an array and objects. And it provides access to the current.

Thre is no condition expression with foreach, it will keep iterating over the array or object until the last element reached.

Another example with element key usage

foreach can also be used to iterate over an object attributes values.

This behaviour can lead to many unexpected behavior and will end up with some bugs.

it is recommended to unset the reference of the variable you created for the foreach.

The goto operator also considered as a control structure and it can jump between the PHP script sections. And you can use it to easily create a complicated spaghetti code :). That is because goto is a very easy to abuse statement.

The above code will print: 14

goto considered bad practice and it should be avoided, some developers suggest that it can be used to break a deep nested loops but in my opinion if we allow it once then we will lose control later and we will find it in many places in our code.

Lets forget about it :D

This group of statements used to conditionally execute a code fragment. There are multiple kinds of conditional statements like if, else, elseif, switch, and match.

if is one of the most important features in programming and it can be used to allow the software to make some decision based on some condition.

The above code will print I love PHP only if the $someExpression evaluates to true.

Animation of a basic if statement: